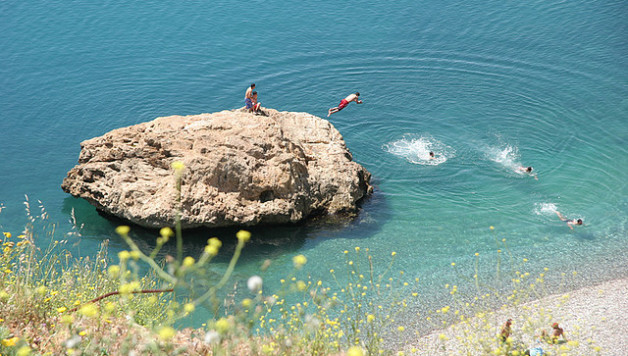 How to avoid bankrupting yourself when friends visit you overseas.

This summer I moved to Turkey; how long for I don’t know, probably just the summer, but the fact remains that when you stay somewhere for longer than a month, then you’re living there and you need to adjust to the fact that you’re not on holiday.

Not being on holiday means one major thing – watching your money and adjusting your mind-set to daily life. I struggled with this at first, wanting to go out all the time, wanting to see the sights etc, but I eventually settled down and now I only go out a couple of times a week, and I’m careful with what I do eating out-wise etc.

Now that’s all very well and good when I’m here doing my own thing and seeing my other resident friends, however work and money issues can arise when I have friends from back home coming to visit me. I am getting a steady stream of visitors which is no surprise. Turkey is a great holiday destination, they get to stay with me, and it’s very affordable to get here with budget airlines.

Don’t get me wrong, I love having my friends come over and see my second home, and I love seeing them experience it for the first time (or sometimes the second or third time), but the fact is they are on holiday and I am not! Cue one side wanting to go out all the time and spend, spend, spend, and the other side needing to watching the pennies and still needing to find time to work somewhere in the middle of it all.

It’s always a good idea to just mention in passing that you are still going to have to work. I can work anywhere, so I basically took my laptop down to the beach and sat doing my thing whilst she read her book on a sun-lounger. Despite that, I tried to factor in a few days off during the week, by working extra hard in the weeks leading up to her coming over to see me. It’s all a case of give and take.

Everyone hates talking about money, it’s just one of those taboo subjects, but you have to make sure your friend understands that you can’t go out splashing the cash every night. Whilst he or she has probably saved up over the months beforehand, you probably won’t have. I did try and save a little when I knew she was coming out to see me, however it wasn’t enough to be knocking back shots every night and heading off on trips every other day, but we compromised, and instead of going out for a meal every night, we would eat in one night, go out somewhere cheap the following night, and then go somewhere nice the night after. This meant we were mixing it up a little, nobody got bored, and nobody ended up penniless. I also made sure I took her to traditional restaurants, which are always cheaper than the tourist ones.

Now, I live somewhere where there are plentiful bars, and drinking is part of summer fun, however that is a fast track to bankruptcy! Call me dishonest if you like, but my friend thought I was drinking vodka – I wasn’t, I was drinking water! I don’t want to sound boring, I did have a few drinks, but I stopped when I knew my budget for that day was running low, and my bartender friend played along with it!

It will be hard the first time, you will feel like you’re being pulled in a few directions, and you will probably be more tired than normal, but embrace it. You’re seeing your friends for the first time in what is probably a while, so enjoy every second before reality sets in again.

Guest post from our friend Nicky who currently lives in Turkey.
Post written in conjunction with Thomas Cook.